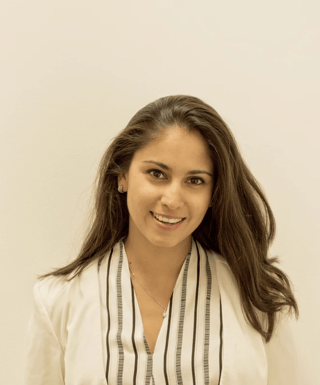 It was a community of crazy, outgoing, talented people who could 100% be themselves around one and other, who were open to new ideas and finding creative ways to express themselves. Above all it was really about having fun!

I fell in love with performance and the stage after joining ST. It definitely helped me build confidence, not just in my ability to act and dance and sing, but also in myself as a person. It's also a great place to make really close friends as you end up spending loads of time together.

Taking part in the FIRST ever ST production of Bugsy Malone back in 2007, it definitely felt like something special had just started and we would be in for a crazy ride as the first set of students. But really it was all the built up excitement of performing the finale pie-throwing scene with actual whipped cream after endlessly rehearsing it in mime!

I went on to do my bachelors and masters degree in International Development in the UK, continuing some theatre and performance on the side. I now work on public health and nutrition programs for children and adolescents in developing countries, and still love learning new styles of dance in my free time.

Learn from those around you - you'll make one and other stronger and better as performers and people!

A focus on Confidence and CommunicatIon (Life Skills Series)

Building self-esteem and confidence during childhood can have many positive impacts later on in...

Our Performing Arts course is coming to Zug!

Our renowned performing Arts courses (which currently run in our Geneva and Zurich studios only)...

Helping our kids grow from the covid pandemic

With reports of levels of childhood anxiety & mental health worries soaring across Europe, this...